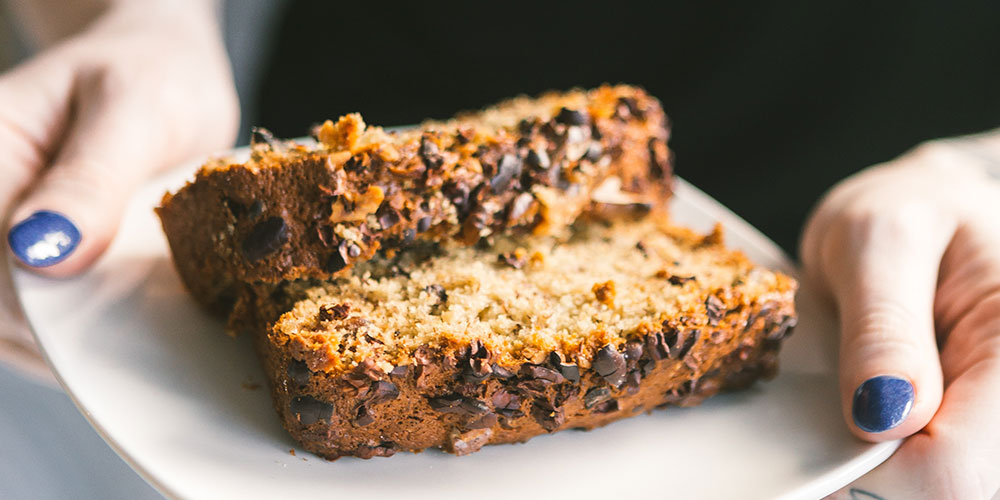 Growing up I remember my mom making pies and working at the church bazaar. It was one of the biggest fundraisers of the year. If someone passed away or was sick, my mom would make sure she took them food, so they didn’t have to worry about making dinners. I remember when I was about 17 or 18 years old my girlfriend’s dad had a heart attack and then the barn roof collapsed on their farm. My father took one week of his holidays (he probably had 3 weeks) to help rebuild the roof.

In both my parents, I had great mentors to show me what retail philanthropy is: get in, get involved to make a difference.

In my 20’s and 30’s, I was chairperson of our church and helped along with a talented board to guide them through some turbulent financial times. I participated in many church fundraisers from which I have built lifelong friendships. In business, I have been fortunate enough to work with many philanthropic-minded clients who have also been actively involved in retail philanthropy. They have been part of organizations where they have gone over and helped build schools, shipped containers of school supplies, built wells to provide clean water. My brother went to South America and assisted in providing eyeglasses to people who otherwise would not have been able to see. He told me upon his return it was an experience he would never forget.

I have clients who have been personally, or a family member has been impacted by a life-changing illness and as a result of their experience, they wanted to support more research in this area and directly support the scientists who were doing the research. They gave very generous lump sum donations to show their gratitude and appreciation. This “Wholesale” philanthropy is the giving of money without the giving of time.

In the last 10 years, the desire by clients and the need from organizations has resulted in many families establishing their own foundations through a Donor Advised Fund (DAF). The DAF structure allows an individual to receive a tax deduction for contributions to their foundation and then they can decide on which charitable organizations they wish to support and disburse the money from their foundations directly to the charity throughout the year. In most cases the disbursement amount allows the foundation to maintain the original capital or deplete it over several years. Unlike large private family foundations, a donor-advised foundation can typically be established with the minimum being approximately $30,000 which can be contributed over 3-5 years. It allows members of the family both young and old to have input into where the donation will be made. It creates a family culture of philanthropy.

The depth and breadth of organizations being positively impacted is breathtaking.

Despite all the “bad news: stories we hear, there is a lot of good work being done in the world to help those who are struggling both locally, provincially and nationally.

As I have said in the past the team of The Andrews Group continues to do its part to be a good steward and help individuals and organizations, large and small who are having a positive impact, primarily centred around youth.

I am still amazed and grateful to the people I have met and the people I continue to meet who want to make an impact beyond themselves and either contribute their time, their money, or a combination of both to ensure another person’s life is a little brighter or a little easier because of their involvement in retail or wholesale philanthropy. Simple acts of kindness included. We all get rewarded for our good deeds in these areas because it helps with our sense of purpose and meaning in life. Helping others is not only the right thing to do, but it also feels good to do it.

As much as Warren Buffett is known for his investment prowess, over the last number of years he too has become a major philanthropist. Although the sheer value of his donations is daunting, his comments are sincere, humble, and genuine. Those characteristics resonate and I have always admired his ability to be succinct and down to earth in his written letters.  Recently I was reading another one of his published letters and I felt his insights and opinions would be of interest to our clients. So, I have used excerpts and summarized in seven points as follows:

June 23, 2021, Comments by Warren E. Buffett in conjunction with his annual contribution of Berkshire Hathaway shares to five foundations

The easiest deed in the world is to give away money that will never be of any real use to you or your family. The giving is painless and may well lead to a better life for both you and your children. The second step of disbursing huge sums is more challenging, particularly when the goal is to focus on crucial problems that have long been difficult to conquer or even dent. The spectre of weapons of mass destruction remains undiminished. Can private philanthropy temper the threats to society that cyber is serving up?

My own case illustrates the first, more pleasant, point. Over many decades I have accumulated an almost incomprehensible sum simply by doing what I love to do. I’ve made no sacrifice nor has my family. Compound interest, a long runway, wonderful associates, and our incredible country have simply worked their magic. Society has a use for my money; I don’t.

(2) The most admirable philanthropists:

A much more admirable form of philanthropy than mine involves the giving of personal time and effort. I’ve done little of that.

Those who give their love and time in order to directly help others – perhaps adding a monetary gift that requires them to give up the purchase of something meaningful for their own use – are the heroes of philanthropy. America has millions of such givers. These people receive no recognition whether they mentor the young, assist the elderly or devote precious hours to community betterment. They do not have buildings named after them, but they silently make those establishments – schools, hospitals, churches, libraries, whatever – work smoothly to benefit those who have received the short straws in life.

I have not given my time or energy in comparable measure.

(3) A contrast within my family:

My older sister, Doris, who died during the past year, used both her heart and head to help thousands in a one-by-one manner. I labelled her efforts “retail” philanthropy. In contrast, I elected the much easier “wholesale” path, in very large part depending on the five foundations I selected in 2006. To them, I’ve delegated the hard work.

After 16 years of pursuing my philanthropic plan, I’m delighted with its workings. Each of the five foundations set its own course and the leaders of all five work hard and effectively. My own involvement has essentially been nil, which leaves me to do what I love.

(4) Philanthropy is now a hot topic:

The attention is appropriate – one reason being that all or a portion of philanthropic contributions can generate significant tax deductions for the donor. That benefit, however, is far from automatic.

In my own case, the $41 billion of Berkshire shares I have donated to the five foundations has led to only about 40¢ of tax savings per $1,000 given. That’s because I have relatively little income. My wealth remains almost entirely deployed in tax-paying businesses that I own through my Berkshire stock holdings, and Berkshire regularly reinvests earnings to further grow its output, employment, and earnings. The income I receive from other assets allows me to live as I wish. My needs are simple; what made me happy at 40 makes me happy at 90.

Nevertheless, tax deductions are important to many – particularly to the super-rich – who give large amounts of cash or securities to philanthropy. It is fitting that Congress periodically revisits the tax policy for charitable contributions, particularly in respect to donors who get “imaginative.”

(5) At what point in their lives should the wealthy fund philanthropy?

My 16 annual contributions to the five foundations I’ve funded were worth $41 billion when disbursed. As I instructed, the funds were spent or committed quite promptly.

Had I waited until now to give the shares, they would have instead brought $100 billion to the five foundations. The question then becomes: Would society ultimately have benefitted more if I had waited longer to distribute the shares? My first wife and I were totally in sync with respect to our philanthropic goals. She, however, favoured giving away large sums when we were young – when our net worth was a tiny fraction of its eventual size. I held out for later, remaining charmed by the results of compounding. I was restrained as well by the desire to retain unassailable control of Berkshire. It was only after my wife’s death that I, at 75, stepped on the accelerator.

Deciding when to switch from building philanthropic-destined funds to depleting them involves a complicated calculation based on the nature of the assets involved, family matters, the seldom-confessed instinct to not “let go” and a host of other variables. One size definitely does not fit all.

Dynastic behaviour is less the norm here than in most countries and its appeal will likely diminish. After much observation of super-wealthy families, here’s my recommendation: Leave the children enough so that they can do anything but not enough that they can do nothing.

I’m delighted that my three children – now in their mid-60s – pursue philanthropic efforts that involve both money and time. More important, they are happy that they can be involved in helping others. They have their mother’s genes.

I’m optimistic. Though naysayers abound – as they have throughout my life – America’s best days most certainly lie ahead. What’s happened here since 1776 has not been a historical fluke.

Philanthropy will continue to pair human talent with financial resources. So, too, will business and government. Each force has its particular strengths and weaknesses. Combined, they will make the world a better place – a much better place – for future generations.

Assante Capital Management Ltd. Is a member of the Canadian Investor Protection Fund and is registered with the investment industry Regulatory Organization of Canada.

This material is provided for general information and is subject to change without notice. Every effort has been made to compile this material from reliable sources however no warranty can be made as to its accuracy or completeness. Before acting on any of the above, please make sure to see a professional advisor for individual financial advice based on your personal circumstances.

PrevPrevious2021 Hot Topics: Inflation, Crypto, and Market Highs
NextWhat comes to your mind when you hear the phrase ESG investing?Next

Assante Capital Management Ltd. is a Member of the Canadian Investor Protection Fund and Investment Industry Regulatory Organization of Canada.

Insurance products and services are provided through Assante Estate and Insurance Services Inc.